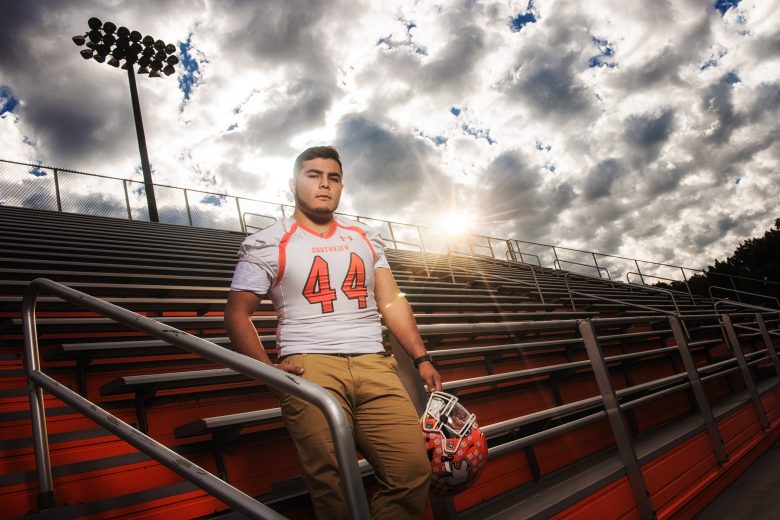 I have always been a fan of stadium portraits. From the repeating patterns of the stands to the grandiosity of it all, there’s so many interesting aspects that fans during the games don’t ever get to see or even bother to look at. For that reason, I love photographing portraits of athletes, of any level, in their home fields. There’s a sense of power, of ownership, of pride that you get out of an athlete when you photograph them.

Any true athlete, wherever they are in their career, are completely a member of their team. Even if they’ve played elsewhere, will play elsewhere or have only known one team, when their in their uniform, it is their team. That’s how Alex was. Through and through he was a Southview Cougar. His commitment to the game and to his team is incredible, and even though he’s received college offers to play football, his pride for the Cougars shines through.

In fact, football is how I first came into contact with Alex. We do a lot of game coverages through our sports site Impulse Sport, and, one year ago, almost to this date, I had gone out to cover a Southview JV football game. The photos quickly made their way around and a number of people had gotten in contact with me, Alex was one of them.

Fast forward a year later, and I finally got to see him play, as well as capture him in action. I was thrilled to finally get some great shots for him (which will be included in his senior photos). He was such a supporter of us and what we do in the community. 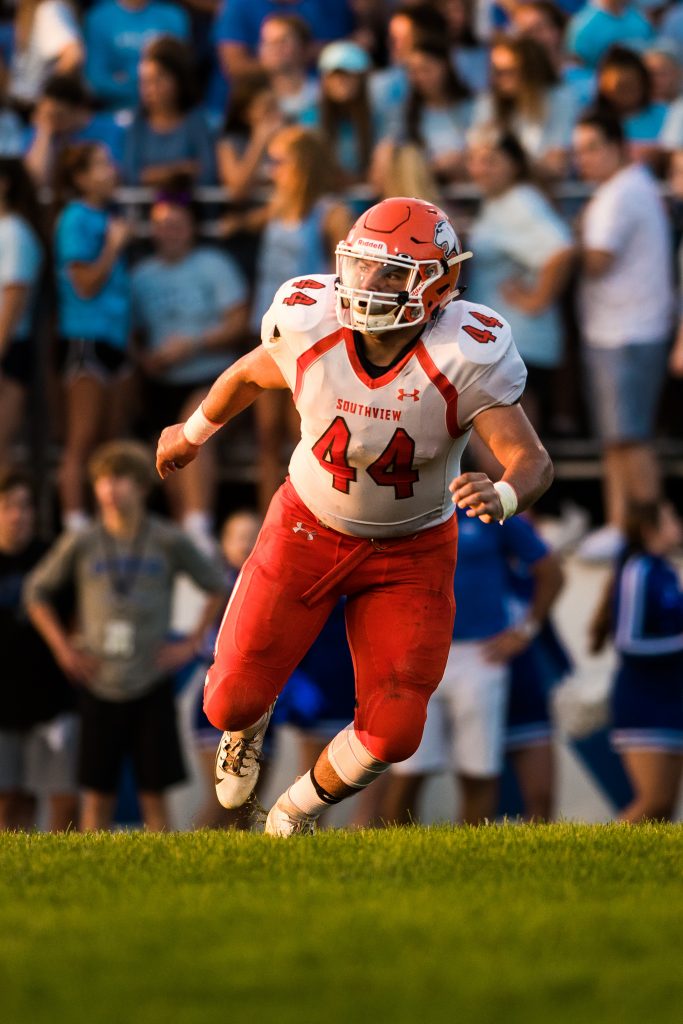 That being said, being able to photograph Alex for his senior photos was such and honor. Talking back in forth with his mom, trying to nail down details, one thing because clear, it could be no one else but us.

To hear that is so humbling. We take a lot of pride in our work. We strive to do the best job every time, because no client receives the average of our work. They receive exactly what we do that day. It does not matter how good we were yesterday or how good we’ll be tomorrow. It matters how good we are today, and every day. To stay on the sports side, there’s a famous Babe Ruth quote that says “Yesterday’s home runs don’t win today’s games.” Nothing could be more true for us. Every singular experience matters.

And what an experience this was. We could not have asked for better weather. Beautiful clouds with the sun drifting in an out behind cloud coverage and a crisp breeze. This is the type of fall day that you remember anytime someone mentions the season.

We started out the day simple enough taking some photos against the cougar emblem painted on the entrance building. Trying to tie those elements into the shot, battling back and forth with the changing sun. Ultimately, what we created was a beautiful quiet moment, that still manages to feel powerful. The sun brushes across the building, enhanced by our strobe, that creates a mood evocative of the neighborhood summer games we all played when we were younger. 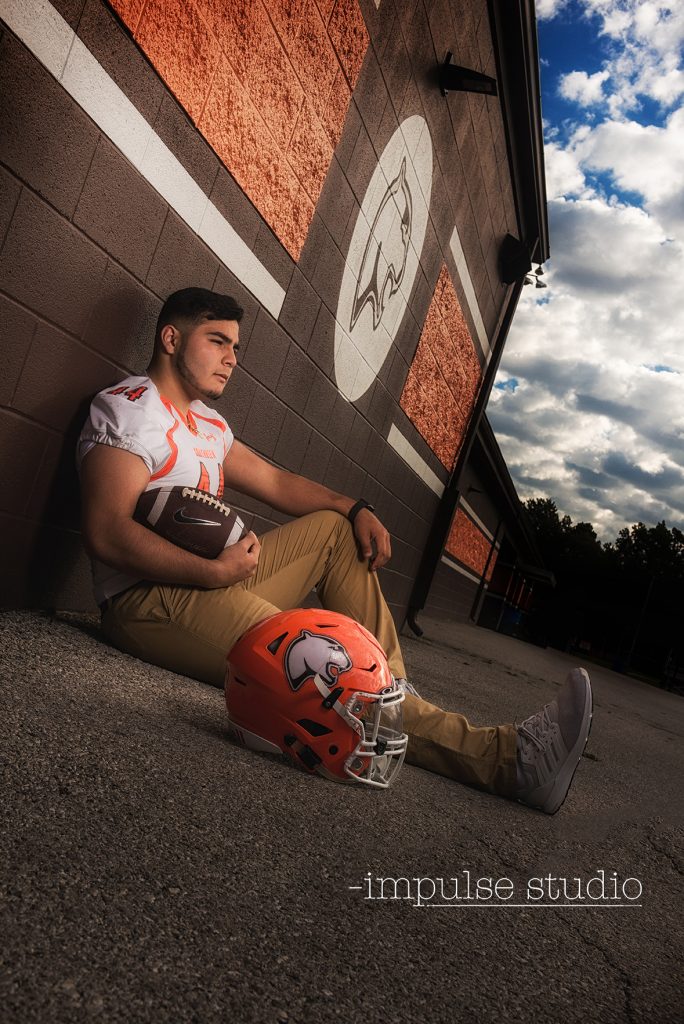 Next we moved onto the field and into the stands. This is where he came alive.

Two shots that I want to bring attention to, the first is really almost a traditional sports portrait that is only enhanced by the stadium behind him. It’s really fantastic, correct traditional portraiture. That’s really what there is to say about. I always think it’s important to do a blend of old and new, do the classics and do the new-school dramatic shots.

If the first one was old-school, the second one is definitely new-school. Len’s flair, light streaks, upward angles, and dramatic skies. This shot is all about power and from the subject to the environment that’s what comes across. As much as I want to say more, I’m going to let the image speak for itself. 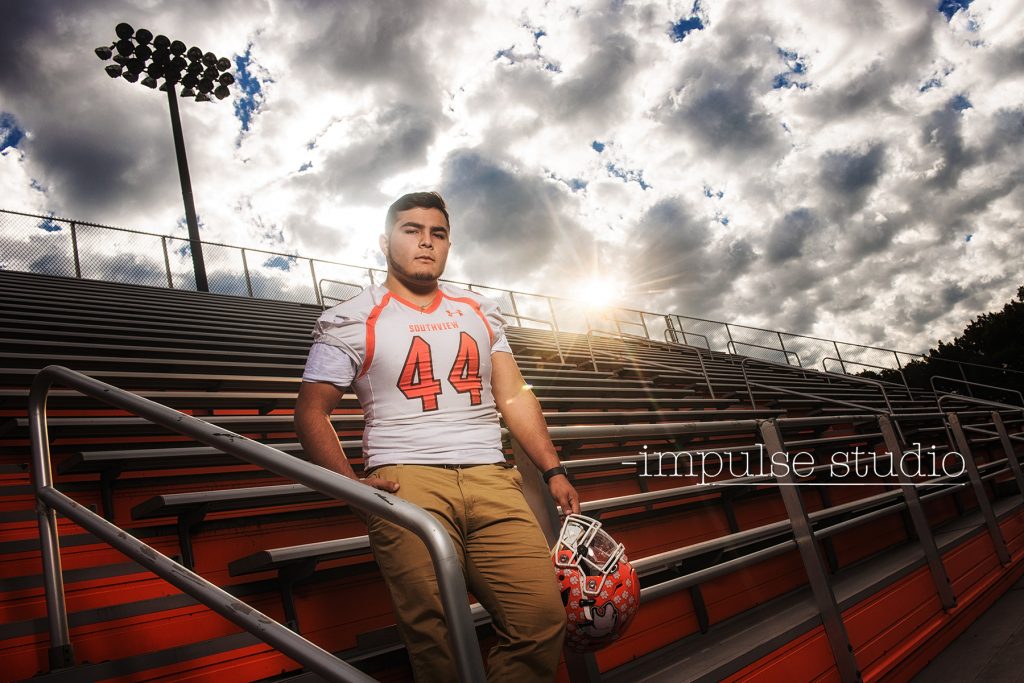 After the stadium we went to Olander Park, which to anyone not familiar to the Sylvania-area, is a couple blocks from Southview. Olander is a beautiful park to walk around in, and spend a Saturday afternoon in, however it lacks the deep uncluttered backgrounds of some of the other parks in the area. That being said, we made some truly beautiful images.

This next one in particular–the way the lake wraps around the side of the image and the grass texture that  matches so well with Alex’s Timberlands. Our fake sun cascading against the tree and how it highlights the side of his face, coupled with his outfit really makes it feel like the closing days of summer. I love how also this shows a different side to him, the dramatic and powerful football, and the quiet, but no less in control, fall look. This is honestly one of my favorites from the session–he really can do it all! 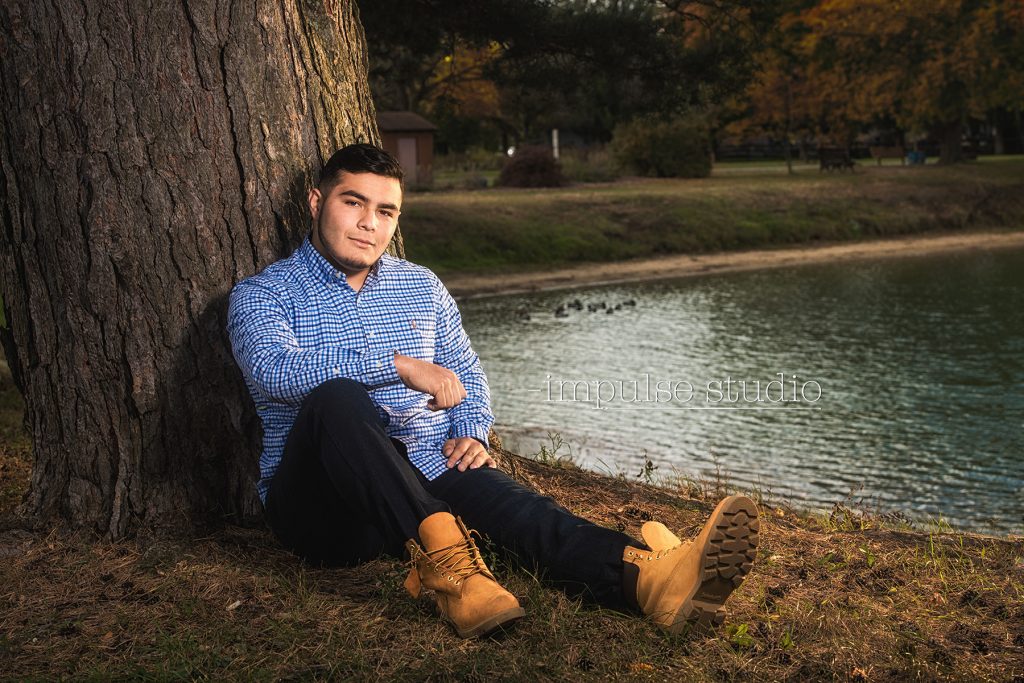 As I wrap up this post, I want to give one final thanks to Alex and his family for allowing us to share in this special time. We had a lot of fun out with all of you and I hope you had some fun with us.

To anyone else, who loved what they saw here and would love to work with us, feel free to check out more of our work at our portrait website Impulse Studio or drop us a line at contact@impulsestudio.net or call us at (419)-407-6402. 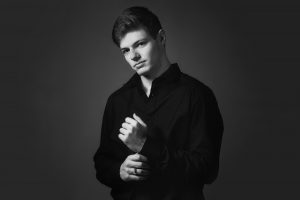 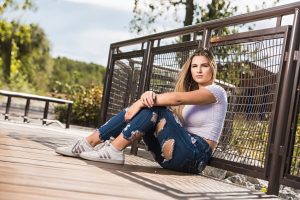 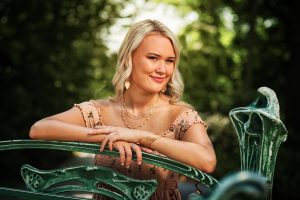 Revving up for senior season